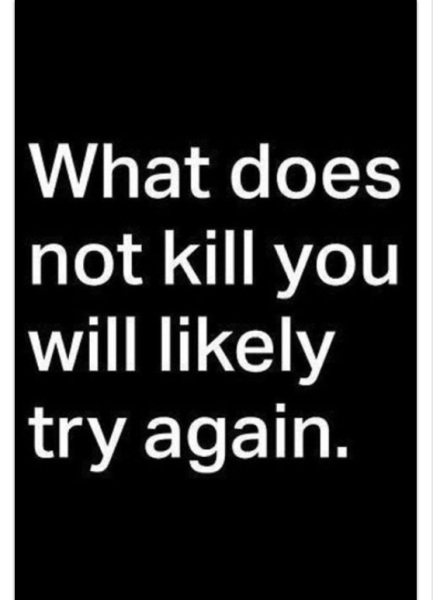 We’re doing lots of testing this week at Julian’s old school — IQ, life skills, ADHD, etc.  Julian will be 8 in a couple of weeks.  He hasn’t been tested in a while, and never this extensively.  We need a current and comprehensive picture of where he is developmentally.  Or at least I need this picture.

Why?  Because I want to know that I’m doing enough for him.  Is he getting the services he needs?  Therapies?  Does he need more or less medication?  Is the picture better or worse than we thought?

Here’s the biggie:  Are we making progress?

The goal is to help him reach his highest potential.  I want him to have every opportunity.  We can’t miss a beat here, shortchange the kid, disable him further.  What is he capable of?  Maybe the testing will reveal these things, each area of potential a golden hoop we can aim for and score.

It’s been a rough few weeks.  I’ve had to face (not for the first time) some of my greatest fears.  For starters, I always feared having a disabled child, having my life and freedoms sucked away by the extreme needs of another human.  This sounds selfish, because it is.  But it’s also human.  What’s the point of having dreams, freedoms, wishes?  There’s nothing wrong with these things.  And if life throws us a curve ball and we have to forever put the needs — extensive needs — of another ahead of our own, that’s a loss.  Plain and simple.  We can deal with this gracefully, at least on the surface.  We can wear a heroic mask as we seemingly glide through the muck of special needs.  But a part of us will always feel cheated, no matter how much we love our child.

I would kill or die for my son.  But that doesn’t mean I don’t feel cheated sometimes.

My other fear was being an older mom, the disheveled panicky caregiver everyone pities.  You know the one.  She waited too long to have children, or she had a “surprise” child late in life.  The child was born with some sort of disability.  So this mom is dressed comfortably, maybe in “mom jeans” and a t-shirt, some flip-flops.  Her hairstyle is simple or nonexistent, just like her makeup.  She wears little or no jewelry, no nail polish.  She and her life are unadorned, under-appreciated.  She’s too busy to notice.  That’s her saving grace.  Hers is the opposite of an “I want…” life; hers is a “Needs only…” life, special needs, that is.

I’m not in “mom jeans” yet, and I still manage to wear makeup.  But some days I know I look like hell.

I used to wake up at 5am and drink my coffee alone in our quiet living room.  There was only the hypnotic ticking of an antique clock and the warm light of a table lamp to my left.  The light shone on a few photographs, mostly of my cats and children, maybe a vacation photo or two.  One morning about fifteen years ago I stared at these pictures for a long time, especially the one of my now adult son.  He was only 8 at the time the photo was taken, and as I studied his happy smile frozen in time I let a wild fear gnaw at my guts.  I feared that he’d suffer a mental breakdown one day like my mother, or develop schizophrenia like my older brother.  It would be the worst thing, to lose a child to mental illness, to watch him lose his mind, his self.

I brushed away the thought that morning, but it does return on occasion.  My brother’s schizophrenia led to homelessness and an early death.  The disease had been triggered by extreme stressors — my parents’ divorce, my mother’s addictions, my father’s abuse.  To suppress my fears, I told myself that these things wouldn’t happen to my own son.  I would keep his life stable.  We’d bypass that critical adolescent age of 14 or 15 when so many males succumbed to the disease.  He’d be fine.  We’d all be fine.

That son is now 25 and most definitely not schizophrenic.  Why we torture ourselves with these fears I don’t know.  And yet, my fear was somewhat prophetic.  Autism is only a hiccup away from schizophrenia.  It got us.  We didn’t slide beneath its vulnerability radar.  We were hit.  Hard.

I’m now the mom I used to pity.  Just like her, I sometimes beg for compliance.  My face is often haggard.  I drift through many days, scarcely noticing.  I wipe feces off the walls and floor, scrub the shame off my son.  When one or another crisis ends and he smells like Lush soap again, I can momentarily forget what he smelled like an hour before, what the whole house smelled like.  I can forget the smelly laundry, the plastic bags of used Clorox wipes, the nasally hum of the Swiffer mop.  When we’re clean again, the rest of the dirt disappears for a while.

There are three levels of concern.  The first is somewhat subconscious.  It’s the typical worrying about the future, what Julian’s life will look like when he’s an adult, when I can no longer look after him.  We tend to suppress this level.  We’re not there yet.  No need to panic until later.  Do what we can now, see what happens.

The next level is worrying about whether I’m doing enough right now.  It’s a mild intermittent jab of guilt.  It’s actually a good thing, because it keeps us moving and motivated.

The deepest level of concern is one of despair, types A and B.  I don’t reach either type very often, but when the school calls to report a feces or other disciplinary event, I slide into type A.  It happens when Julian has smeared feces at home, when a stranger stares at us or when Julian mentally checks out.  I’m thinking to myself:  He’s almost 8.  Where are we?  Where will we end up?  How much better can we expect things to get?

Type B despair is the worst.  It’s a despair that happens least often, because I can control this one.  It comes from asking a question no special needs mom should ever ask herself:  Who would my child be if he/she were normal?

The unfair question prompts an almost irresistible fantasy, a happy ending blockbuster movie of our lives.  In this magical film, Julian is a typical boy and we’re living typical lives, standing in the checkout line at Academy, having a conversation — a real back and forth conversation, philosophical, deep.  He speaks like other boys his age, has similar interests, lots of friends and a busy schedule full of competitive sports and advanced academics.  He is be capable of anything.  His future is stunningly bright.  His father is so proud of his son, proud in the way parents mean to be, hope or maybe even expect to be.

We all dream big dreams for our children.

I guess I’m proud when Julian feels proud.  When he accomplishes something, he glows.  I feel what he feels.  I glow when he glows.  We are symbiotic.  We are one now.

It never gets any easier, dealing with the what if…  It’s just best not to go there.  Take a real picture, look hard at it.  Assess and plan for the future, one day at a time.